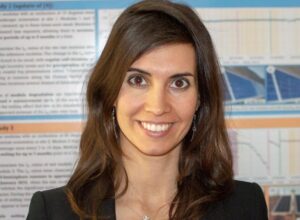 Ms. Patricia Darez, Senior Renewable Energy Advisor, is a Senior Associate of Prizma with over 15 years’ international experience, including Country Manager of DNV in Chile (2017 to 2019), responsible for projects in Chile, Argentina, Uruguay, Peru and Colombia, and Managing Director at 350renewables (since 2015), and a member of the board of directors of the Chilean Renewable Energy and Storage Association, ACERA (since 2016). Previously, Ms. Darez was an Energy Analysis Manager for Mainstream Renewable Power (2011-2015), where she was the technical lead for solar projects worldwide, leading a team of wind and solar analysts in Latin America. From 2007 to 2011, she worked for Wind Prospect Limited in the UK, for projects located across several continents. She has a degree in Aeronautical Engineering from the University of Bristol and regularly appears as a keynote speaker at conferences. Ms. Darez is fluent in English and Spanish.